Last fall, I started in on another Battletech paint project, based on the Capellan Hussars "Red Lancers" regiment, as a means of getting my shiny new TDR-1C miniature painted up. I started it in parallel with the Reaper Bones dragon project I was working on at the same time in the hope of moving back and forth between the two, making progress on both. For better or worse, things did not precisely work out that way.

I finished Deathsleet in time to enter him in an end-of-year contest, and I'm pretty happy with how he came out, hundreds of individual scales and all. 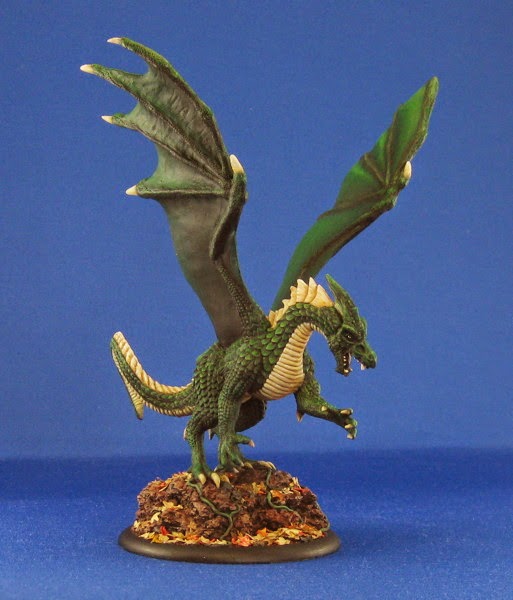 But, sadly, the Thunderbolt stopped at a slightly less complete stage. 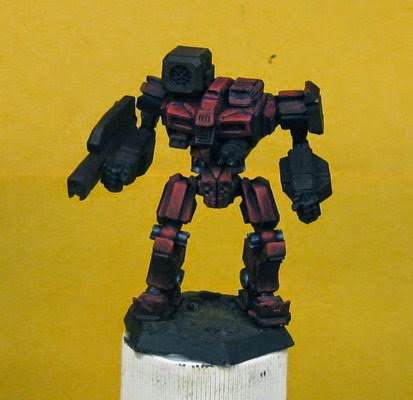 This month I took it upon myself to get this project rolling again to see if I could get it off my shelf of shame, and, perhaps, take it along with me as a contest entry this Spring.


I revised my shading original plan to include some off-white highlights at the very brightest points of the 'mech's armor. I don't want the red parts to be too extremely dark, and seemed like the best option. I probably should have started this project with a bright, white primer so I could achieve a brighter red in the end product. Lesson learned. As you can see in the picture above, I also had quite a bit of painting to do, just to get the red parts finished. 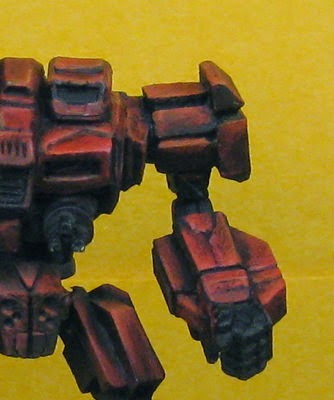 After applying the light edge highlights, I actually went back and applied a glaze of bright orange to the bright spots of the mini. As much as I want this to be red, rather than orange, without a bright red base, I felt that the whiter highlights really diluted the vibrancy of the paint.


With the red mostly in place, I turned my attention to the rest of the color scheme:

“For ‘Mechs and equipment, each Capellan Hussars regiment employs its own variations on red, black and gold. Red reminds them of their long history, especially the Hussar’s blood spilled over the centuries of devotion to the Confederation. Black commemorates the Time of Sacrifices… Gold represents the favor of the Chancellor, a special gift bestowed upon the Hussars...”
— Field Manual Capellan Confederation, pp 52, Fasa Corp. 2000

I wanted to go very bright and bold for this job, so I picked bright, metallic gold. I also decided to continue along the path of non-metallic metals, because... reasons. 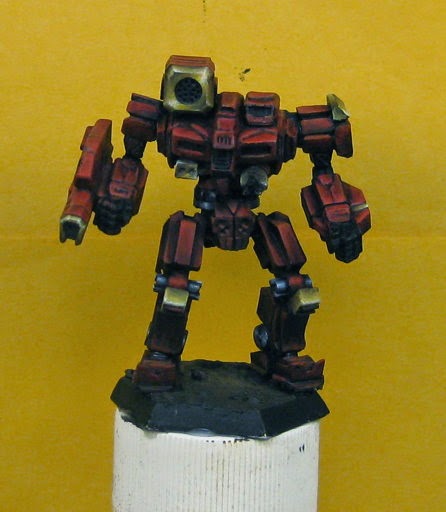 At this stage, I began the long, arduous, task of smoothing my blends and improving the quality of my paint, rather than adding much, although I did manage to rough in a divisional insignia on the right arm. 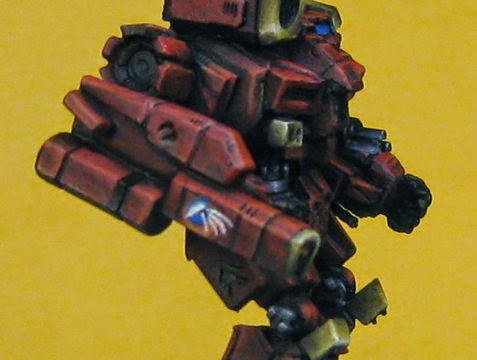 My plan is to finish this project up by the weekend, so, hopefully, I will be able to post an update with a finished model by next week.
Posted by klarg1 at 9:17 AM