I am not normally an advocate for multitasking, but, in this case, I am finding it quite pleasant. As I have blogged previously, I am working on a large dragon miniature: 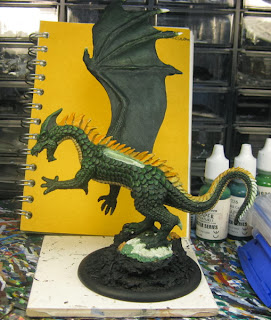 As you can see, I have made quite a bit of progress. I have even mounted the beastie to its (his? her?) base, but the process of painting and shading hundreds of scales takes its toll on the sanity. In an effort to mix in a little variety, I started work on the shiny new TDR-1C Thunderbolt miniature from Ironwind Metals - released at Gencon last month. 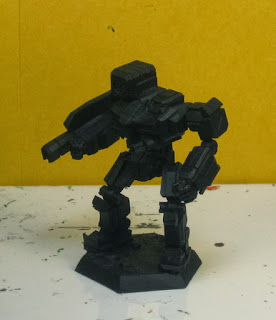 I am working on a canon paint scheme, taken from the Battletech Universe. In this case, the Capellan Confederation's "Red Lancers", and their red, black and gold livery. I wanted to portray the miniature as it might look during the "Age of War", deep in the murky past of Battletech's time line. Sadly, there is no visual reference for the insignia of the lancers during that period. Rather, it is described as a katana, raised by a gauntleted hand, slicing through a heart. Subtle, no? 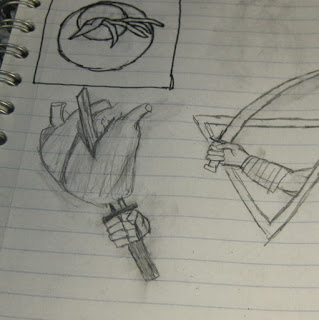 Lacking visual reference, I took it upon myself to sketch the above concept. I think it could use a little refinement, but I like where it is going. I will most likely surround it with a yellow or orange nimbus, so it will show up against a deep, red background. So far, it's only just begun: 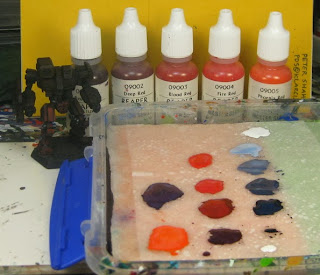 I plan to keep both projects going in parallel as an experiment to see if switching back and forth helps to keep things fresh.
Posted by klarg1 at 2:23 PM