I never take paid painting commissions. I have limited free time, and even more limited painting time. I would never feel right taking somebody's money with the knowledge that their mini would get back to them "eventually". I would also have to charge a ridiculous fee, based on how I value my time. In short, nobody sane would give me the job, even if I were to accept it.

Having said that, I have painted models for free as favors or gifts. This year a friend of mine, and his son, asked me to undertake a project. Let's call them L and M, respectively. L bought a brand new Ettin miniature for M for Christmas, and they both asked me to paint the thing up as a trophy for one of M's Pathfinder characters. How could I refuse? 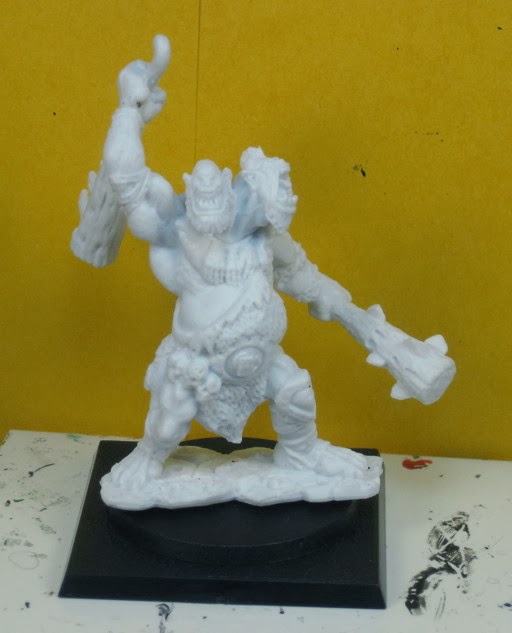 My raw material for the project is a Reaper Bones Ettin miniature. I asked M how he wanted the thing based, and he said it should be on a pedestal, as if on display. I started out by standing the unmodified mini on top of two bases, stacked up as base and platform. The fit wasn't perfect, but it was close, and could be made to work. It also saved me the trouble of tracking down, or fabricating, a suitable replacement. 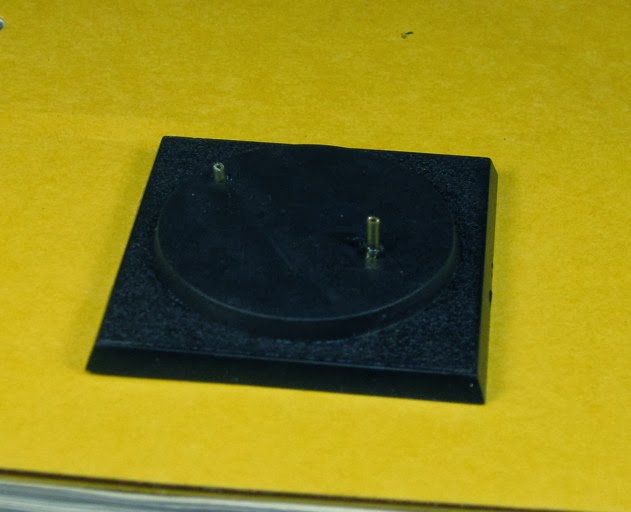 My next move was to slice off the beastie's integral base and plant some brass pins into the base to anchor him into position, once painted. I don't want the joints to shear off and leave things a mess later on down the road.

A key feature of this model is that is is meant to be stuffed. The story is that M's character slew the Ettin in combat and brought the body back to be stuffed and mounted for display. Grisly, to be sure, but also evocative. I had suggested painting some stitches onto the model, suggestive of a less than perfect taxidermy mounting. After inspecting the model, I thought sculpting some really major seams might capture the feel of a battlefield trophy even better. 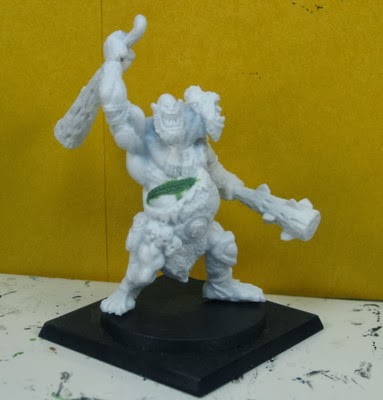 I busted out my green stuff and set about sculpting. Once I had a basic seam roughed in, I snapped a few pictures to send along to both L and M, so they could take a look and stop me, if I was going too far. 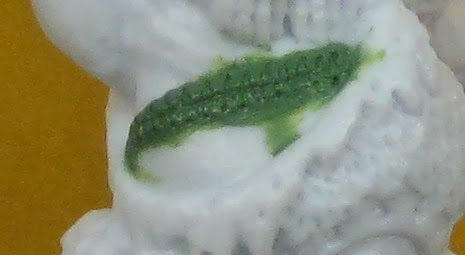 Fortunately for me, they responded fast with a resounding thumbs up. I added another scar at the base of the left neck, as if to repair a partial decapitation, and moved on to paint. 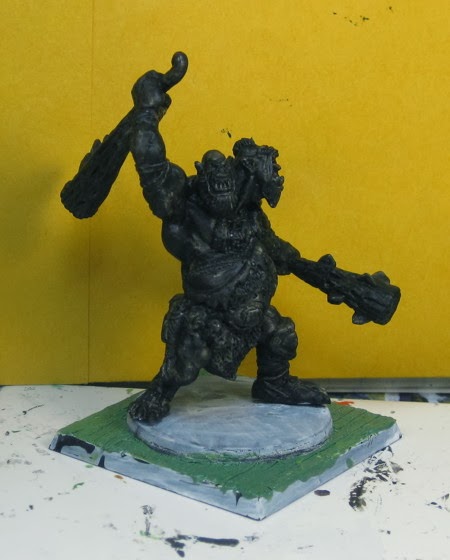 As of this time, all I have done is to "prime" the Bones plastic with a layer of Reaper Brown liner. When I get a bit more time, I will lay down some more paint, and get moving.

Also, convention season is just around the corner, I need a plan for that too. Yikes!