Sometimes I paint with a planned formula, or a packaged set of matched paints. Other times, I just start mixing and blending until something good happens (or I give up and strip the paint off to start over.) 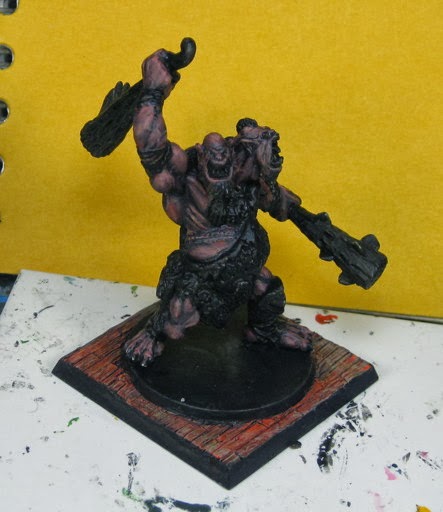 For the Ettin, I know I wanted a grey-brown base for the skin tone, but I didn't want things to look fully undead-grey, like they did with my Red Box Keeper mini, from last year. What you see above mixes some bronzed skin tones and browns into the highlights, but is, overwhelmingly, grey. 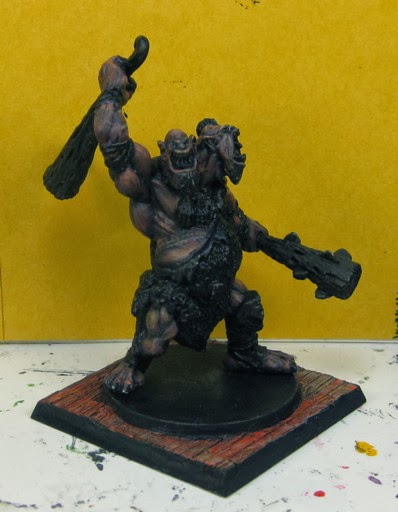 With that color as a base, I set about applying thin glazes to various parts of the mini. For the most part, I emphasized flesh tones near the highlights and top of the mini, browns along the mid-tones, and greyish-browns in the deep shadows and recesses. 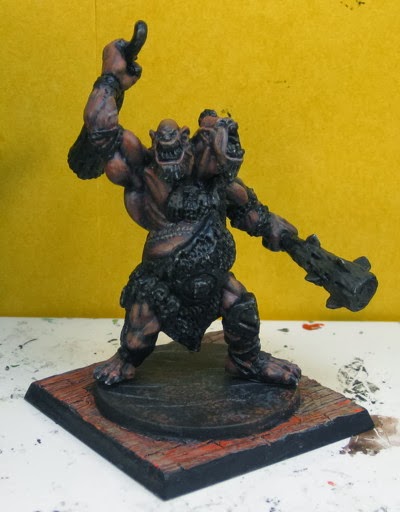 I am pleased to say that the result is a bit more life-like than the original base coat, but still looks a little bit inhuman. I may decide to revisit it with a few more subtle shades later on, but, for now, I want to start blocking in his clothing and weapons to better set the color scheme for the figure. (Expect more Earth tones)