Another WIP, another large Bones model. This time, I am working on Reaper's large earth elemental, also from their Bones Kickstarter. In this case, I have been making extensive modifications to the miniature as I progress.
The original model stands on two stubby, little legs, and is pretty humanoid in shape. I like the over-all concept of the miniature, but I really dislike that kind of massively top-heavy humanoid look. If a model is going to have legs, they should look like they might work. (Although, the market very clearly shows that not everybody shares my opinion.) My idea was to replace the legs with a different foundation. My elemental will be rising up from the ground, like a tidal wave of earth and stone. With any luck, the end look will be a good one. 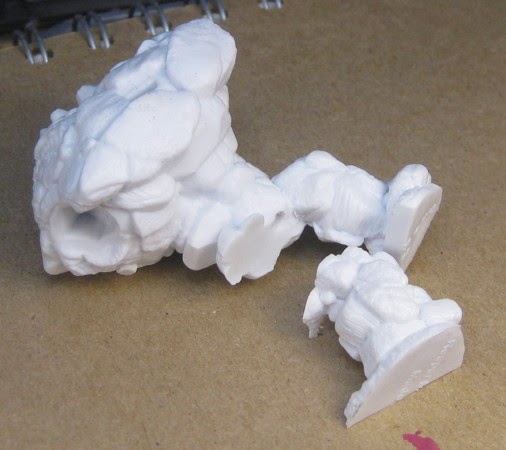 My first move was to slice off those legs, and start the construction of a new base for the model. I find Bones to be a mixed blessing for conversion work, but it I'll say this: Slicing through that much metal would have been painful. 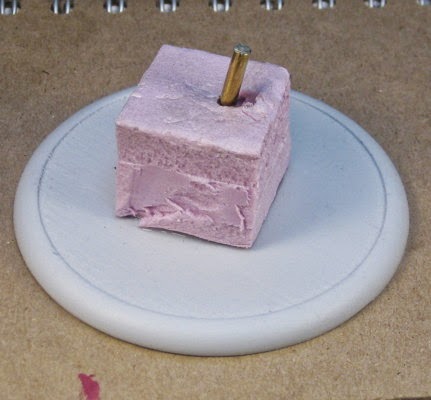 For the base, I started with some pink foam insulation as a base, and filler. I also ran a hefty brass rod through the foam and base (and later through the elemental) to provide structure for the whole build. The base used here is an 80mm solid resin blank, from Secret Weapon Miniatures. 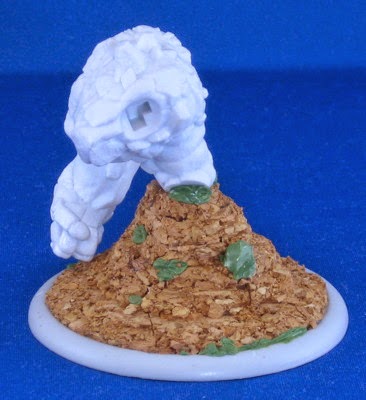 From that base, I began to build up layers of cork to fill out the mound of earth and stone that would form the elemental's lower half. I also drilled a hole into the elemental's torso, so I could mount it on the brass armature, and bring the model together. 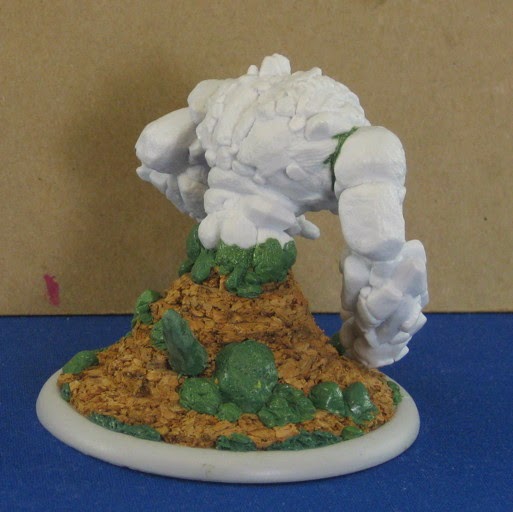 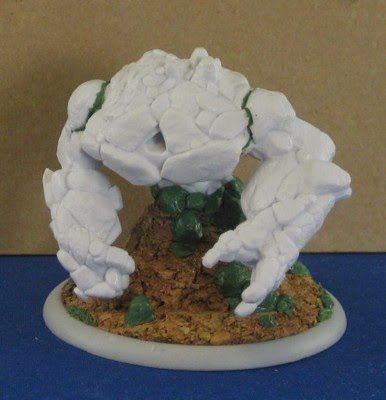 Another decision I made at the beginning was to mount the monster in a forward-leaning posture, so it could menace adventurers on the table-top. The effect works, but, in retrospect, I think it places the model a bit too far off center, with respect to the base. 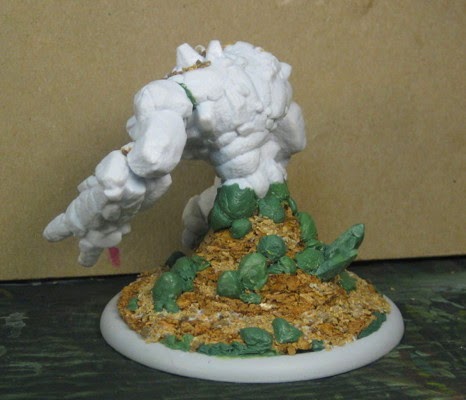 My last bit of progress, for this installment, was to add some basing sand along part of the model to further blend the layers of cork and plastic together. I'm still not 100% certain that I like the added grit on the monster's shoulders, but I'm going to keep it, and see where it leads. 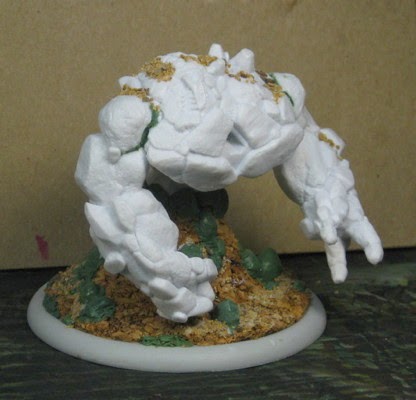 Next time: priming and paint!