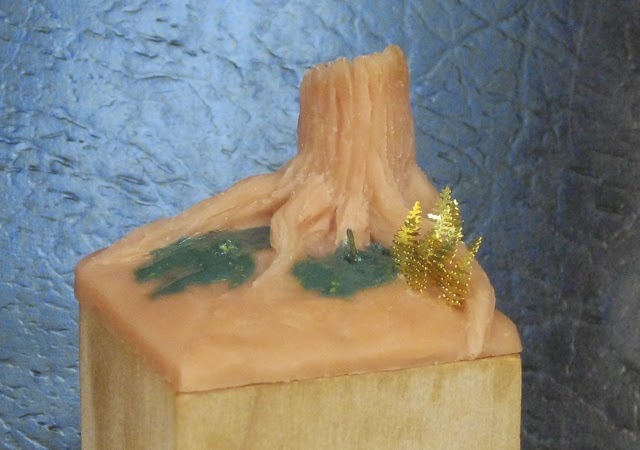 As a part of the "Woodland Fey" display piece, I've been working on, I built my very first scenic base with Sculpey. While I am very happy with the tree stump and associated textures (at least for a first crack at the problem), the rest of the base was still pretty bare. 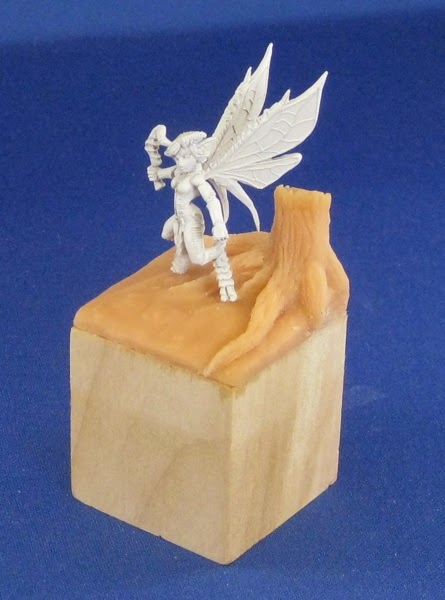 In past cases, I might have covered it with some basing grit before painting it, and then stock on some assorted clump foliage or flock to add color and interest. I have had good results with that kind of technique in the past. For thei project, on the other hand, I wanted to keep pushing for some more interesting basing materials.

My first addition has been brass etch foliage, by Hasselfree Miniatures. Like many of the materials in this project, I bought it a while ago, and am only now getting to try it out. Brass etched parts have become commonplace in the scale modelling world, but are still pretty uncommon in the miniatures world.The process allows for incredibly fine detail, for anything that can be realized in a thin, flat, sheet of brass. 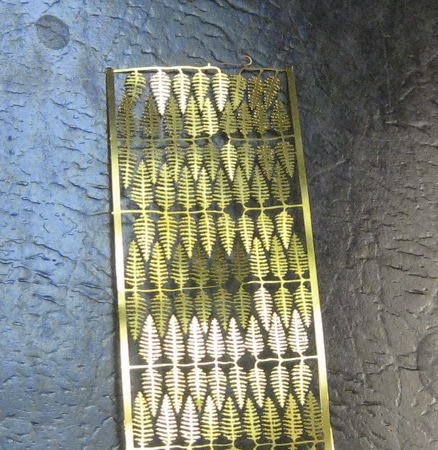 The bracken I selected came in a smallish sheet with row after row of neatly cut fronds. I carefully set about clipping a few out of the sheet to get some to play with. I have seen people cut out brass etch with a hobby knife in the past. I have to say that I found it quite hard to manage that. In the end, I broke out my sprue cutters and carefully began to clip little leaves. It worked, but not without some cursing - The sprue cutters are really a bit too big for the job. In future, I may take another crack at it with the hobby knife. 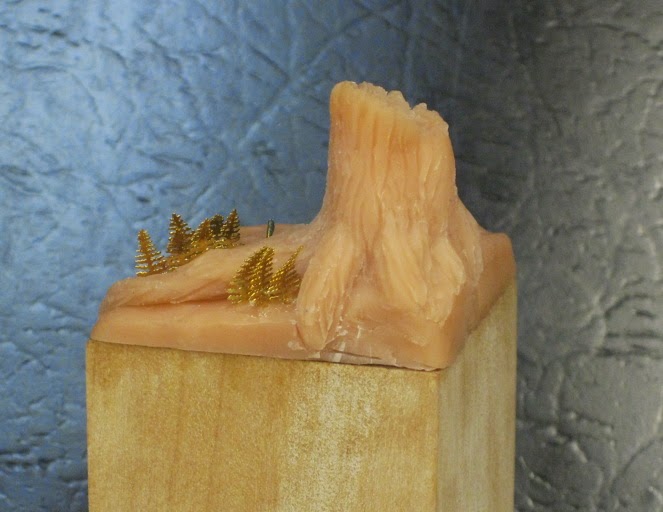 To attach the little fronds, I began drilling out shallow holes with my pin vice, and sticking the base of each leaf into its own hole with a bit of gel superglue. In spite of the TINY size of the leaves, I got an attractive little cluster pretty quickly. I haven't yet decided how far to take the process, but I am highly optimistic about it - although, as it progresses, I can see that painting will be a chore if I place foliage across the whole thing. I may have to proceed in very careful stages.

With an eye towards applying a base layer of flock or sand for texture, and towards getting the foundation painted before I completely cover it with detail parts, I mixed up some green stuff and applied it to the parts of the base where the model will stand. While I sculpted the base with the model on-hand, and the brass locator pin provides a guide for placing her, her feet (hooves?) do not sit flat and snug on the Sculpey surface.

With the green stuff in place, I pressed the miniature down into its uncured surface to make a perfectly cast set of impressions for her to stand in when everything is done. I used a tiny bit of petroleum jelly to keep the parts from sticking to the green stuff in the process. 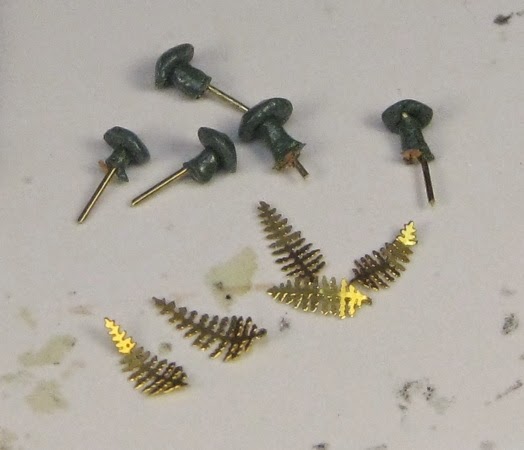 One last thing I took care of, while I had the green stuff out over the weekend, was to sculpt a handful of tiny mushrooms to add in as accent decorations to the base. Each one is sculpted around a tiny piece of brass wire.

I started by sticking the wire into the cork, and then sculpting the stem around the part of the wire that stuck out of the cork. Doing that meant that there was a clean, bare brass wire hanging below the sculpted stem that I could use to help glue the piece to the base at a later date. I also left a tiny nub of brass sticking out of the top of the stem to provide some structure to the mushroom caps that came after. 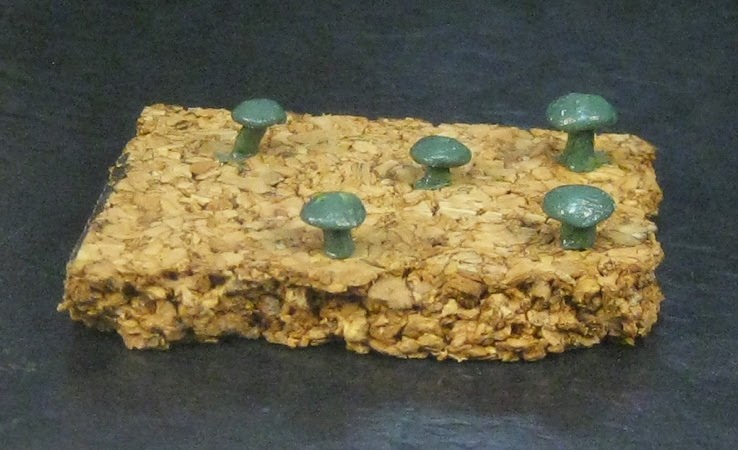 Once the first pass on the putty was mostly cured, I went back and carefully sculpted a cap for each fungus by pressing a tiny "pancake" of green stuff onto the top, and smoothing it with my clay shapers.
Posted by klarg1 at 10:13 PM