My last post covered what goes on at Reaper Con. To wrap up my coverage of the event, I thought I'd post a few more photos from the con, and then finish up with a few, selected miniatures from the painting contest. 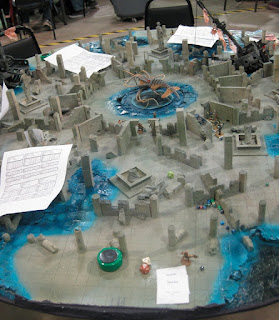 As I alluded to in my last post, Reaper provided some cool looking terrain for their gaming events. The "Kraken's Revenge" featured a sunken city, and the new, limited edition, Kraken model they released at the con. The event pitted a whole table full of players against the mighty Kraken using Reaper's Warlord rules. I am proud to say that my group proved victorious when we faced the tentacled horror.

Another nifty learning experience was a tour of the production facility during the con. It was brief, since the convention events took up most of the factory floor, but it was interesting to see miniature spin-casting in action. 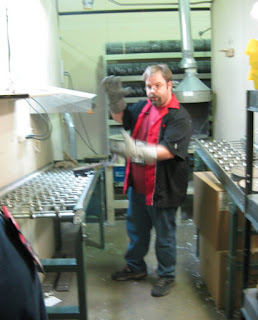 Here, you can see Reaper Bryan as he dons his oven mitts before demonstrating the process of spinning up a mold to make some miniatures. 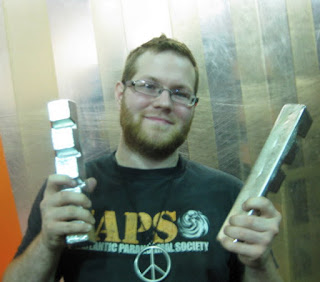 Spin-casting virtuoso John was kind enough to pose with some fresh metal ingots, ready for the crucible. 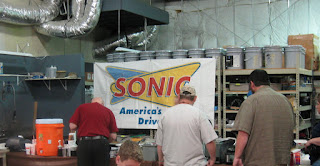 Lack of starvation at Reaper Con is sponsored by "Sonic Mike", who brings in a whole selection of Sonic menu items to keep people fed during the con. I can't say that Sonic is the best, or healthiest way to feed yourself for four days, but Mike did a great job trying to supply healthier sides and vegetarian options for those so inclined. I was a fan of his grilled vegetable medley.

The painting contest had many, many high level, striking entries. I've included photos of a tiny sample selected entries here. I have done my best to correctly credit each work to the painter who did the work. 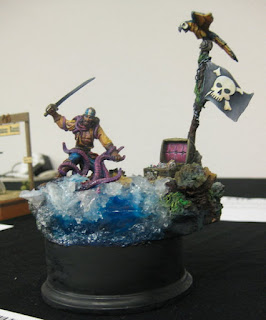 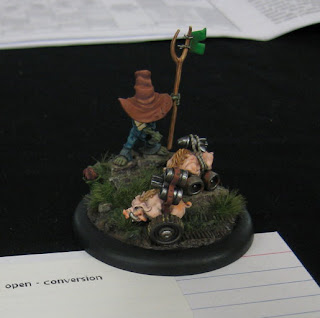 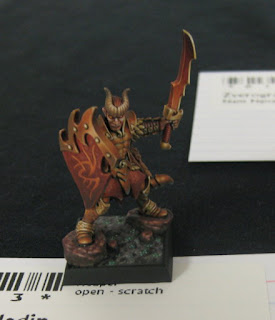 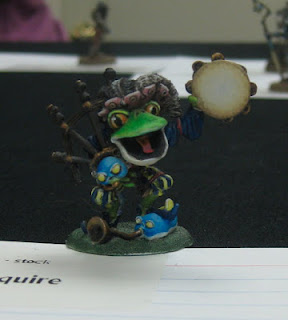 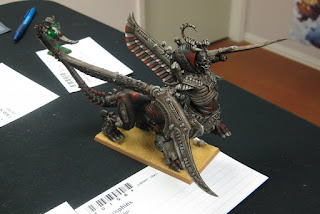 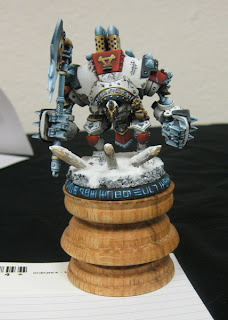 Reaper's painting contest is surprisingly, and refreshingly open. As you can see above, they allow miniatures from any manufacturer as entries, and they are all eligible for nearly every prize. The only exceptions are the gold, silver and bronze Sophies handed out specifically to the top rated Reaper miniatures entered.

Finally, my most challenging model construction of the con: 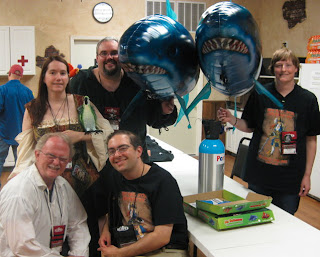 Reaper Ron recruited me, along with four other intrepid souls, to build the fearsome shark balloons you can see in the picture. Does it really take five gamers to assemble two balloons? You bet it does! These things had all the bells and whistles, including motorized tails and remote control shark guidance systems. Sadly, one of the sharks met an untimely demise before I could participate in any of the promised shark races. At least I can put "Aquatic aviation technician" on my resume. 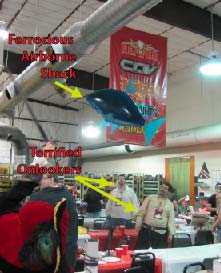