This is an update to the Bones Earth Elemental project I began some weeks ago. Times have been busy, but I have been able to finish assembly and construction, and make a lot of progress with painting the rocky beast. 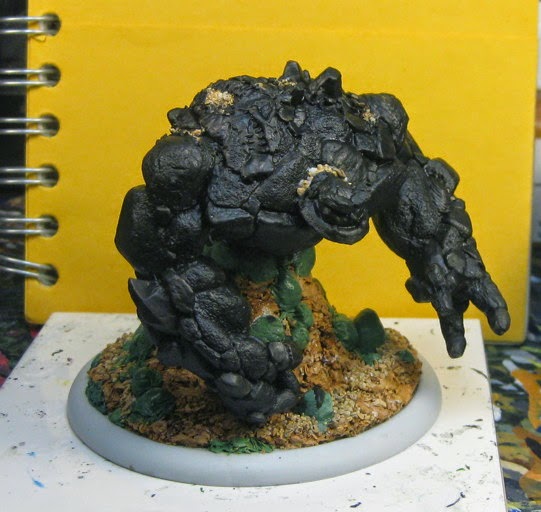 I decided to keep the "head" that came with the original Bones model, but I cut away 2/3 of the neck connecting it to the torso. Instead, my elemental's head is attached directly to the main body. The result left a bit of a gap behind the head, where the neck should have been blended into the body. I filled that with green stuff, and added some basing grit to add texture to the finished product. I do not have a completely unpainted picture, but the primed shot above should provide some idea of the process. 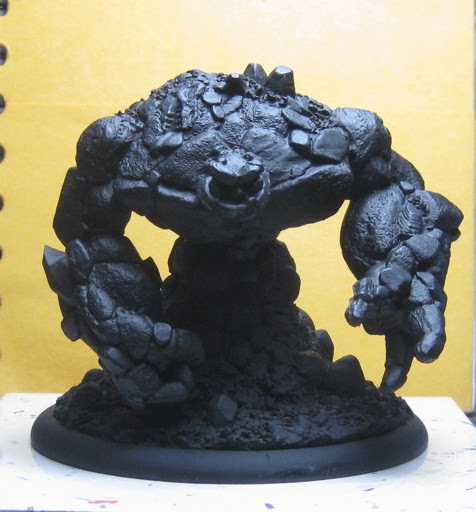 With the sand in place around bot neck and shoulders, I finished up the primer across the whole miniature with a layer of P3 black spray primer. 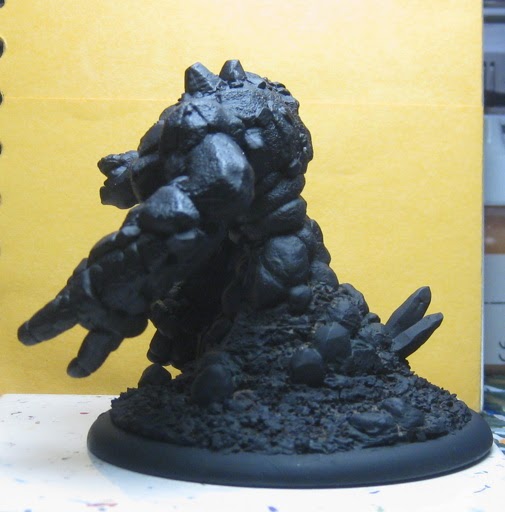 I will take this moment to note that spray primer has a checkered relationship with Bones plastic. Some painters have applied it, only to find that the primer never fully cured, and acquired a "tacky" consistency on the surface of the plastic. I was hoping that the layer of Reaper paint on the plastic would prevent this, but, nevertheless, I found the surface of the plastic model ever so slightly sticky to the touch, even a few days after priming - more on this later. 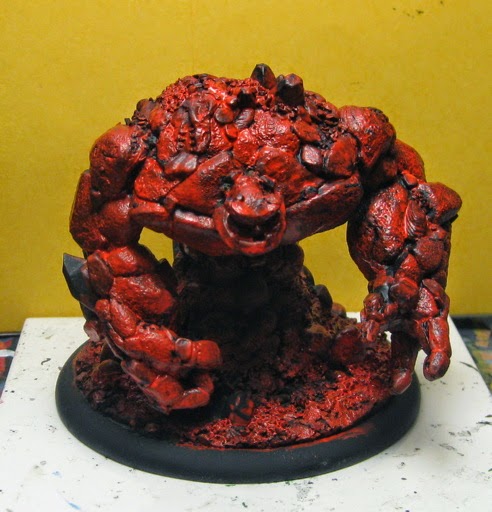 A lot of earth elementals wind up as dark brown or grey. I wanted a brighter, and more interesting color scheme. This model is likely to be a major eye-catcher on an RPG table, and it deserves to grab some attention. Rocks are cool too! 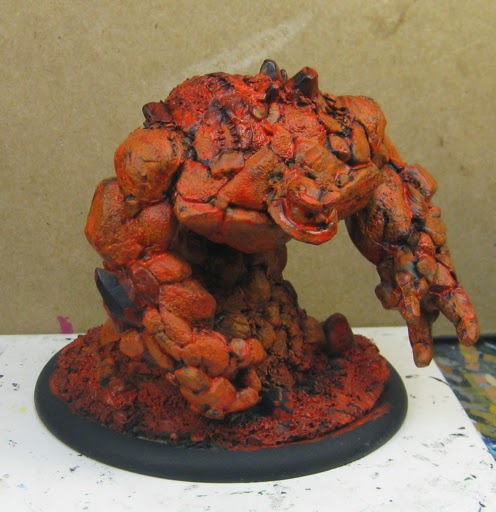 For this purpose, I decided that an orange-yellow sandstone color, combined with bright blue crystal formations would make an appealing color combination and simultaneously blend natural and fantastical elements in a credible way. 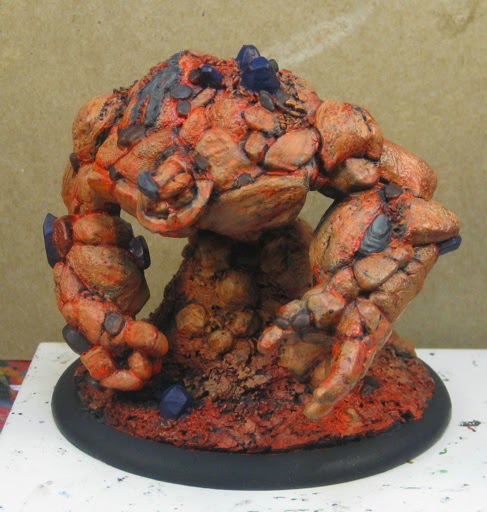 I continued to build up colors, starting with a red-brown, and working up towards a pale yellow color at the brightest highlights. Along the way I started to pick out a few individual stones in alternate shades of brown and grey to provide some texture and variety. 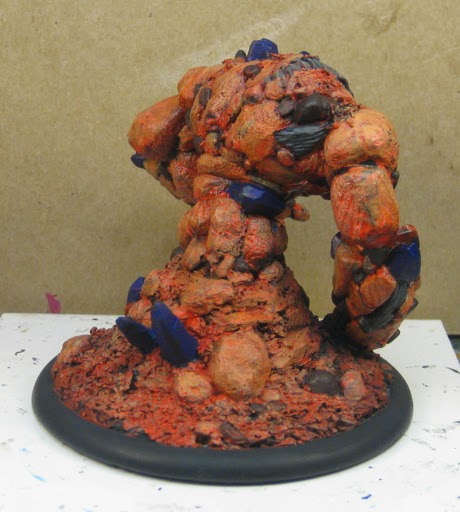 At the end of my first pass highlighting and shading, I applied a thin layer of matte varnish and discovered, to my considerable pleasure, that the sticky texture of the primer had completely disappeared somewhere along the line in the painting process. I don't think it was the varnish alone, but the problem is gone, and I am happy to leave it behind.

Next time: Gem stones, corrections and eyes that are not eyes.
Posted by klarg1 at 11:27 PM