When Spartan Games released the latest version of their starship combat game, Firestorm Armada, they embarked on a new round of revisions to the game's miniature line. To Spartan's great credit, all past sculpts are still fully legal for use in the game. Most of the new designs share the same game statistics as their predecessors, although the exceptions to this rule are noteworthy. 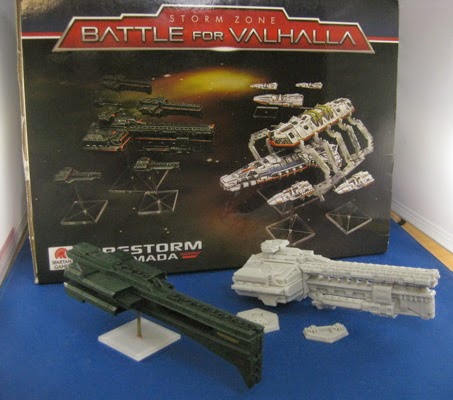 In this installment, I will be taking a brief look at the revised Dindrenzi models from the Battle for Valhalla scenario box. Included in this review will be the new Praetorian battleship, which is not a simple revision of the older ships, but is a new class, with its own stat line.

The picture above shows the box, the Praetorian BB, and an old Conqueror Battleship, from when the game was new. As you can see, the Praetorian is similar in size to the Conqueror, but much chunkier. The new ship class is designed as much less of a sniper and much more of a bruiser, and the model reflects that fact. The level of detail on the new model is similar to that of the more recent dreadnought and Nausicaa battleship models, but carries its own distinctive look. 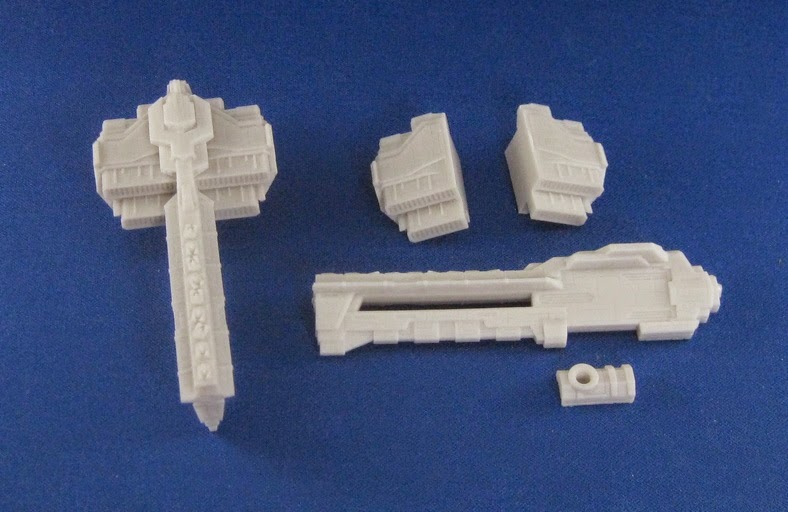 A common feature among all of the new models is that they are all 100% resin, which is not my favorite material, but is really Spartan's forte. These days Spartan's resin cast quality is quite good, and the material lends itself perfectly to sharp, straight panel lines and details, as one might see on a space craft. Their newer offerings have multiple parts, including separate pieces for the sockets that accept their flight stands. The result is crisp detail, with the mold lines placed in out-of-the-way, or easy-to-clean-up locations. My only gripe is that the pour stubs are often pretty thick, and require substantial cleanup. Any bubbles in the resin also tend co collect around the pour stub, adding to the cleanup. 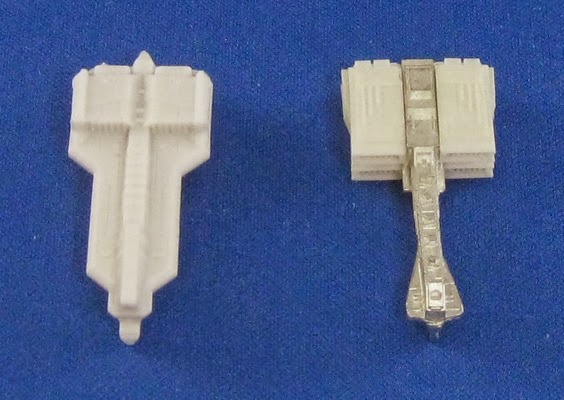 The modern models tend to be slightly bigger than their predecessors, this is most noticeable with the small "tier 3" ships, which seem to be running into the material limits of the resin - much finer parts might be too fragile for general game play. As you can see in the picture above, the new Thraex class frigate (left) is similar in size to the older Hammer (left), but a bit wider, over all. The single-piece resin construction does make it faster and easier to get the ship onto the table. 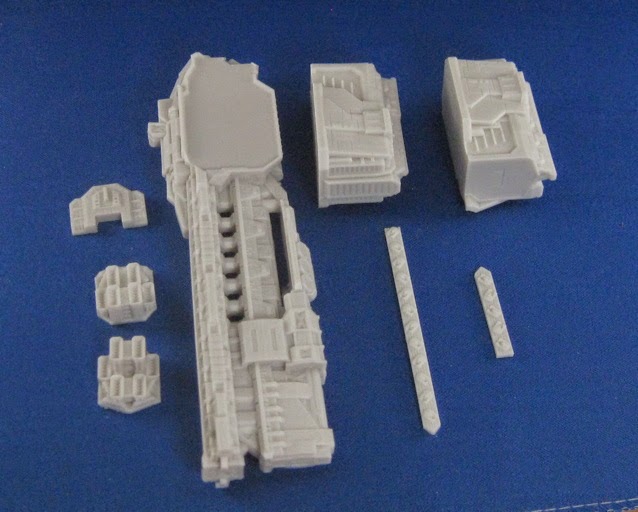 I'll try to get some painted comparison shots posted when I can.
Posted by klarg1 at 6:33 PM