Apparently, Fall is the season for Kickstarter fulfillment. Less than 2 weeks after receiving my Arena Rex package, my "Wave 1" box arrived from Palladium Books and Ninja Division, including most of the critical models for the all-new Robotech RPG Tactics. 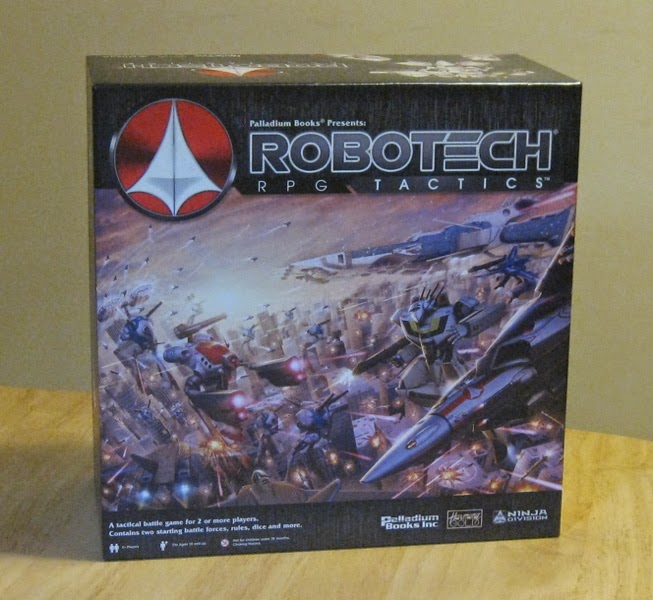 I'll say this: It's a big box, and it's full of plastic toys to play with. In this entry, I'll take a look at the contents of the shiny new box, before moving on to a more complete miniatures review.

Even with some of the models delayed to a second wave, my shipping box came with a small mountain of plastic. If I am honest, it is pretty clearly more Robotech mecha than I will ever assemble or paint. It's cool though. 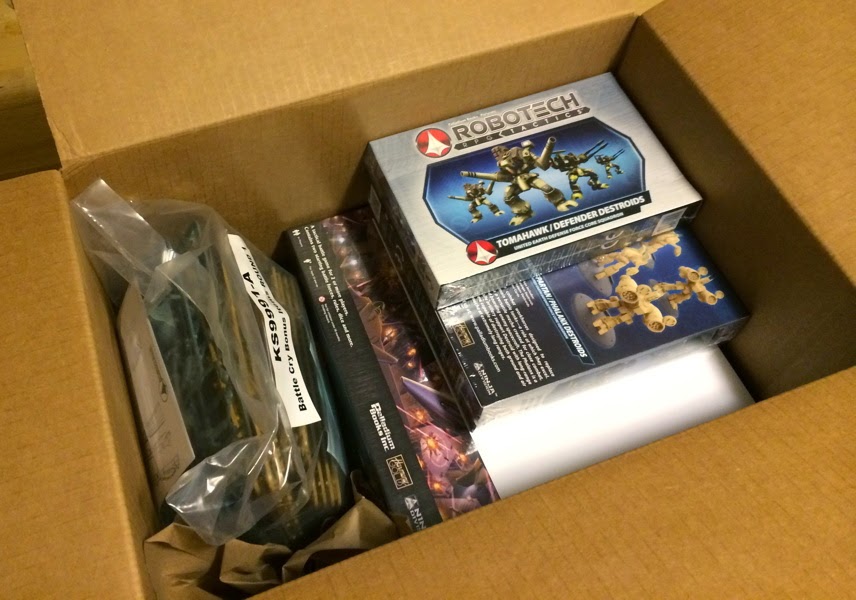 Why call it "RPG" tactics? Mostly because the game carries a weak, but real tie to the long-running Palladium Robotech RPG franchise, up to, and including, the use of "Mega Damage" as the label for mecha damage boxes. 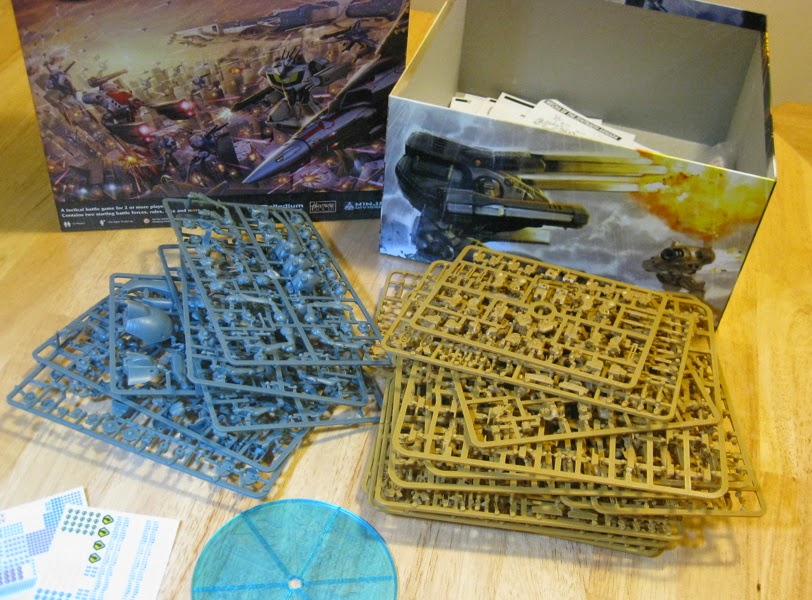 Whatever it's aspirations, the box comes loosely packed with injection-molded plastic sprues. The plastic is color coded based on either Earth (UEDF) or Zentraedi affiliation. The color has no real effect, but it is a nice touch to make the sorting plain. 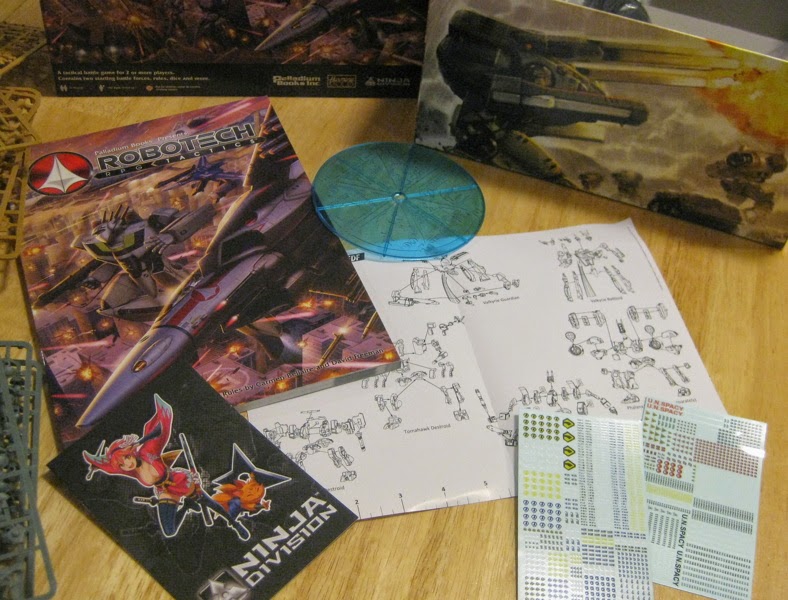 Packed underneath the model sprues are the rulebook, a set of faction-coded dice, a very substantial plastic area template, decals and other paper bonuses (and advertisements). The game also includes an assortment of cards for individual mecha and for force construction. 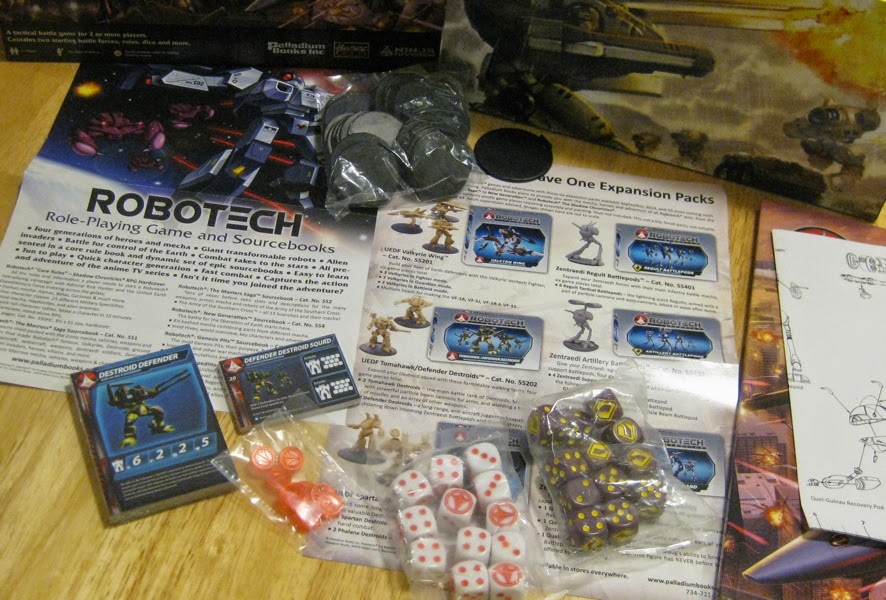 I can't say the box is filled completely to capacity, but it does feel like a good amount of content for the price point. ($99.95 US) 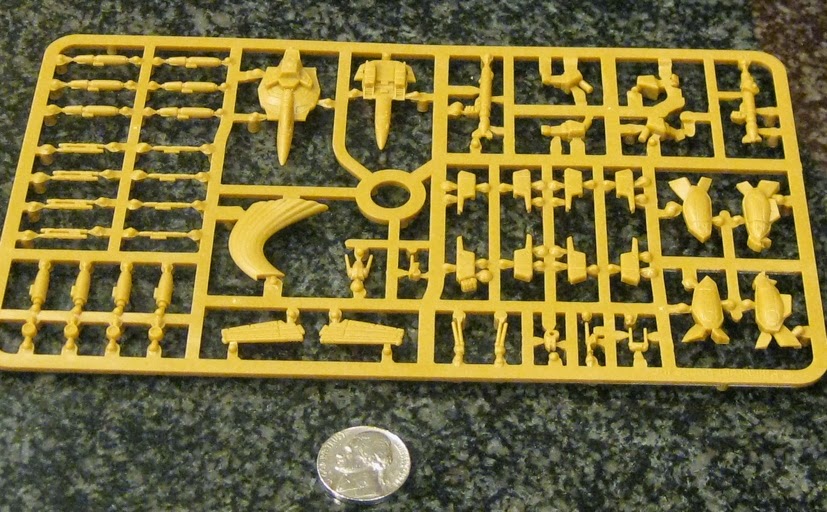 I said I wouldn't comment in detail on the models, but I thought it might be good to include a few pictures of the part trees. Each model breaks down into a dozen or more parts, in some cases a lot more. With one exception, each tree contains the parts for a single type of mecha, and, frequently, a single model. (The one exception I have encountered is the Zentraedi Glaug officer's pod, which comes attached to a scout / ELINT Regult pod.) 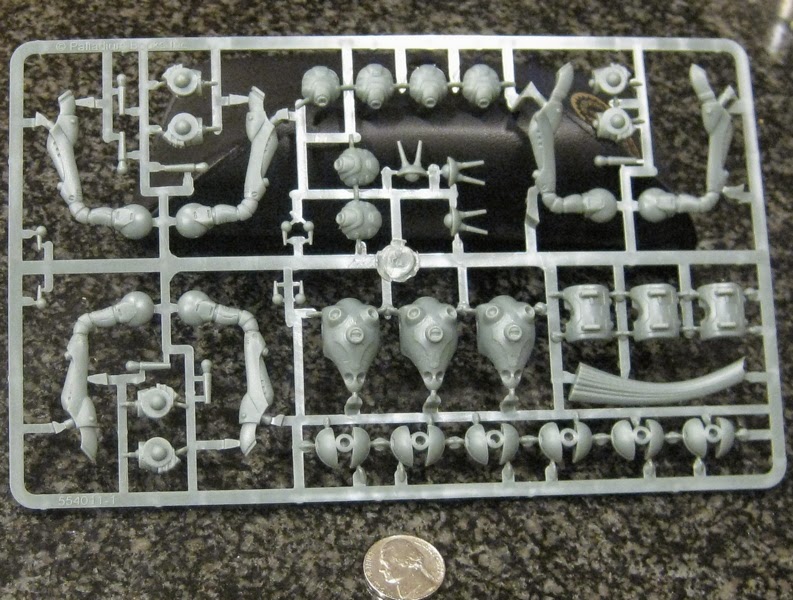 Stay tuned for my next installment for my thoughts on the miniatures themselves.
Posted by klarg1 at 9:54 PM