End of the Year Push

As we bring 2014 to a close, I thought I'd post a day-by-day log of what I can manage to paint in the last 72 hours of the year. This post comes at the end of day 1, and includes my meager progress for the day. My goal for tomorrow will be to do a little better, and, hopefully, a little better the day after that. Rather than set the goal and then succeed or fail on my own, I am using this post to create a public record.


Monday, December 29th:
For the first time ever, I have actually been tracking my time spent painting, gluing, sculpting and just generally working on miniatures.

I managed to get in a bit over 3 hours of good painting time (3:11, according to my timer). I know I frequently comment on my own lack of painting speed, but timing myself and tracking work done, adds a quantitative edge to the notion. 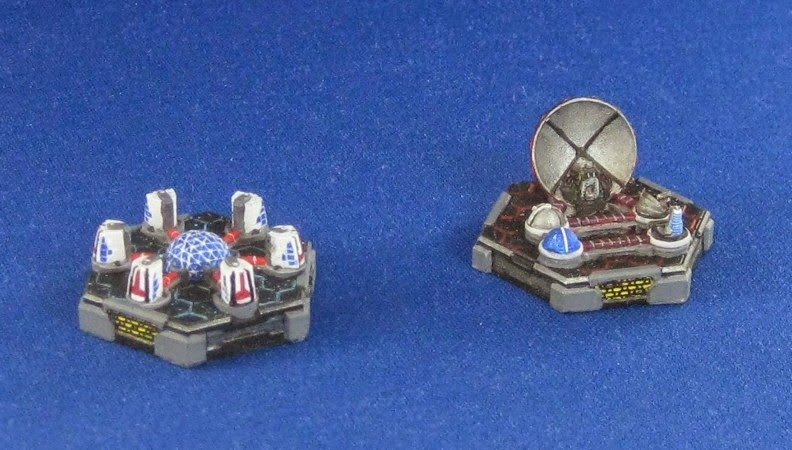 During that time, I painted the last two of my Firestorm Armada objective tokens, completing my set of eight.

Tuesday, December 30th:
Today, I stuck with the Firestorm Armada theme. After spending most of the past two weeks working on high-standard pieces for competition or as gifts, it's nice to paint a group of tabletop pieces. 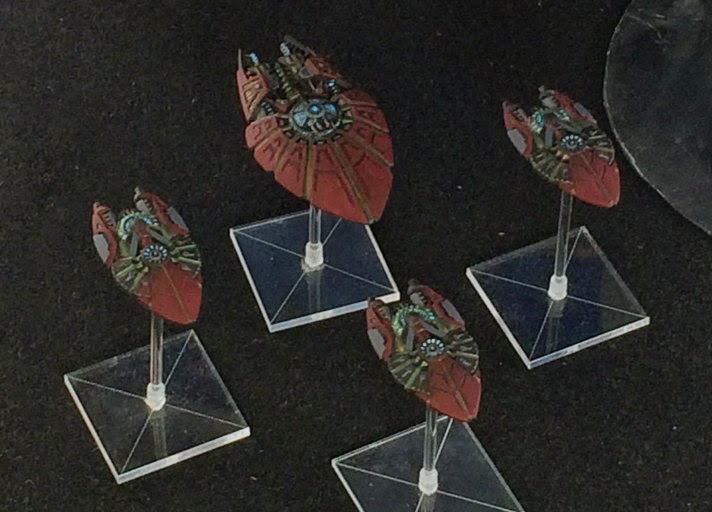 I didn't get as accurate a log of time spent, but it was more than 4 hours, which is not as high as I might wish for in the interest of making maximal progress, but it was still pretty good.

Wednesday, December 31st, 2014
I did pretty well, but still fell short of the five painting hours I would like to have logged. For the last day of the year, I switched over to Dropzone Commander miniatures. 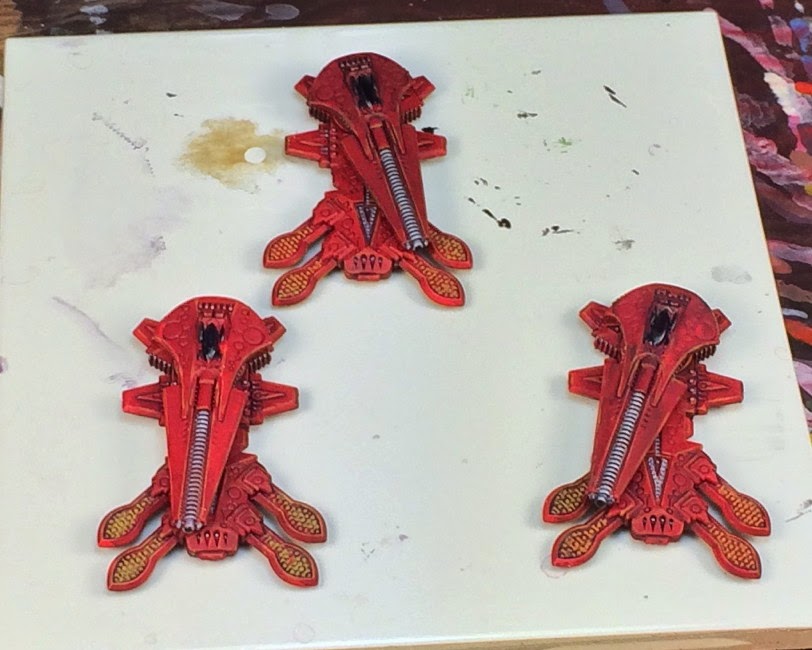 I managed to completely paint a sqadron of Shaltari Tomahawk grav tanks, and also prepare and base four bases of infantry to go with them. As the year progresses, I'll try to get more ready for the table.