During a recent New England Miniature Painters Association (NEMPA) paint day, I took a short break to play around with one of the Bones CAV models that I received from Reaper Miniatures back in the Fall. The mini was part of the early-bird Kickstarter package from their CAV campaign. If everything goes to plan, the second installment of little plastic robots should appear in a few more months. 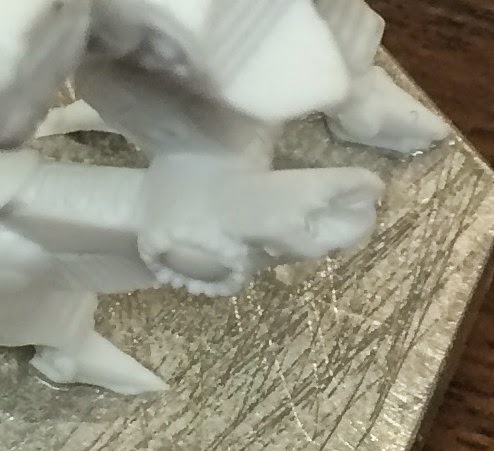 When I started this, I wasn't thinking too hard about paint. Instead, I pulled out the CAV and attacked it with my hobby knife, slicing pieces off and then playing around with a variety of materials to add on battle damage that might look cool in the finished product. One thing I'll say for Bones is that it makes this sort of experimentation easy and affordable! 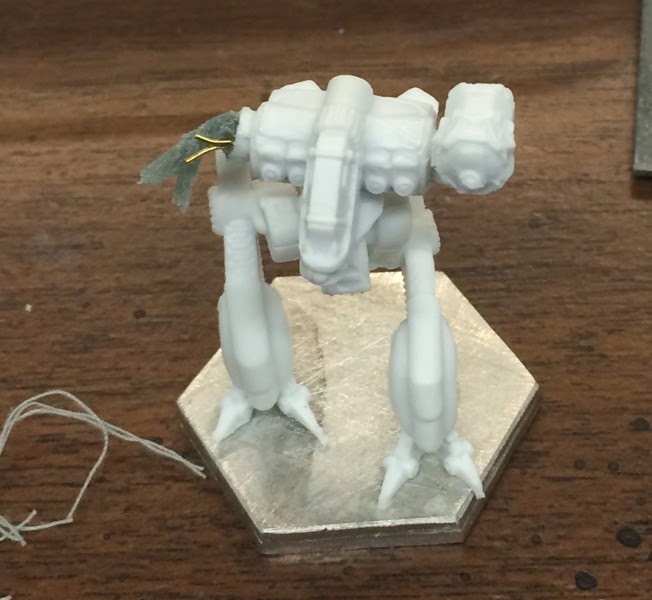 One technique that I was eager to try was using a bundle of sewing thread to simulate internal wires or other components, hanging out of a damaged part. I saw the technique used on a Battletech miniature some time ago. That painter's plan was to simulate Battlemech myomer bundles with thread, and it worked. In this case, I just went for a generic bundle of twisted metal, cables, etc. You may also notice that I added some brass wire to the damaged area to vary the texture and thickness of the wreckage.

While building the model, I soaked the thread with a drop or two of liquid superglue to stiffen it. The result has the shape of the thread bundle, but is quite rigid, and has a nice hard surface to accept paint. 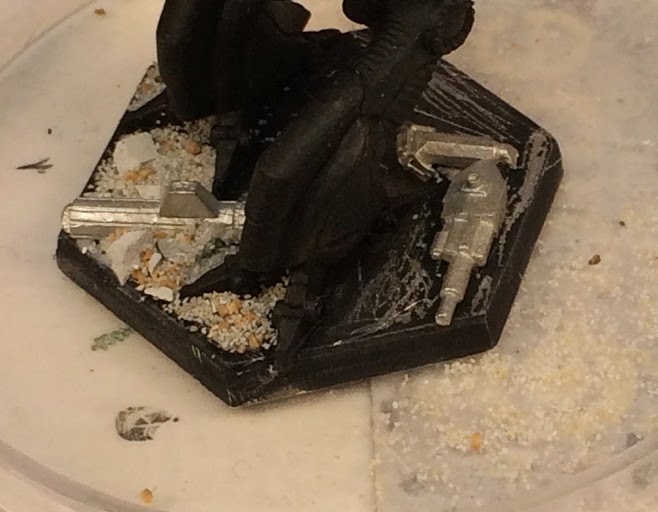 As I progressed, it became obvious that wreckage and battle damage would be a major focus for this piece. To enhance that look, I pulled out some old metal Battletech parts and glued them down to the base, partially burying them in sand and rocks to make it look like a littered battlefield. I am already thinking that the title for this piece might be "You Should See the Other Guy". 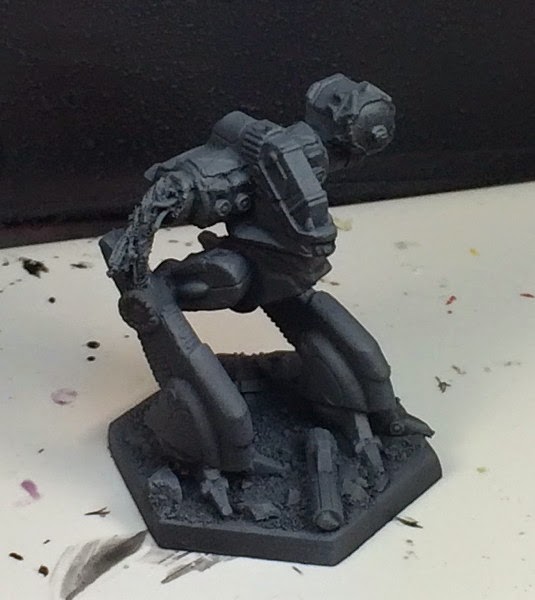 With the primer in place, it's a little bit easier to see how the details fit together. It also blends the different materials into a single piece, making it easier to see what works and what doesn't. One flaw that showed up is that the surface of the thread is a bit prone to have little fibers sticking out of it, adding fuzz to the piece. I worked at removing most of that with my hobby knife. I doubt that the fuzz would look good on the finished piece. 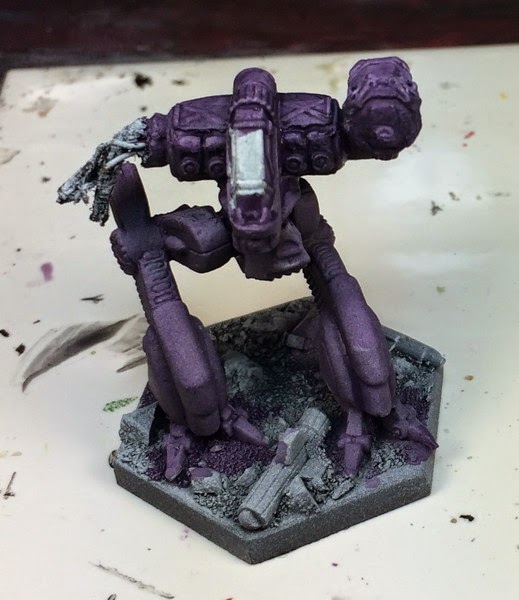 The Kickstarter page tells me that the CAV Razor is a Malvernian design, and Reaper is planning a color named  "Malvernian Purple". In the spirit of embracing CAV, I decided to make purple the primary color for this model, even if I am planning to cover a lot of it up with weathering and damage effects. 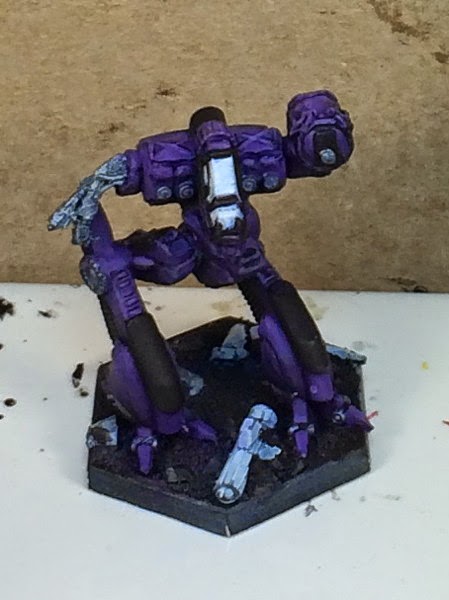 Next, I added "black" accents to the model to set off the purple using Reaper's Walnut Brown. I also added some bright metallic paint to the joints and structural parts to pick out the details. The next step will be shading - I will need a complete, shaded paint job laid down before I can add damage and weathering.
Posted by klarg1 at 8:57 AM