With convention and tournament season over for 2015, I am starting to think about show-piece painting again. I have a few projects percolating at the back of my mind, but one thing I have never tackled is a diorama. 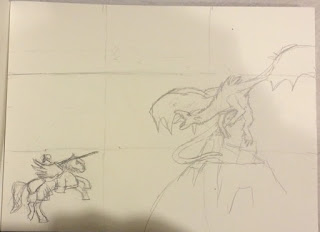 Dioramas are all about telling a story in miniature, and in a confined space. A good diorama presents exactly what is needed to convey its story to the viewer, and nothing else. For my first try, I am going to attempt a classic showdown of knight versus dragon. The two models are large, dynamic and iconic. It will be up to me to bring the piece together with base design and arrangement.
My initial goal is just to design the layout and get ready for construction. Once I have that put together, and the right framework in place to hold the models, I plan to paint each element separately: dragon, knight and base. Once everything is done, I will bring them all together for final fitting and finishing. 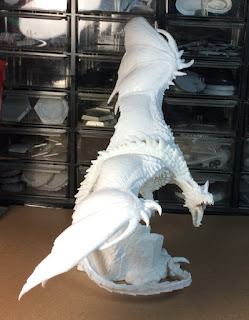 I got the idea for this project from the Julie Guthrie's beautiful Narthrax sculpt for Reaper's Bones line. Narthrax is an amazingly evocative dragon, and she looks like the beast is right in the middle of wheeling around to meet some airborne foe - precisely the scene I hope to depict. 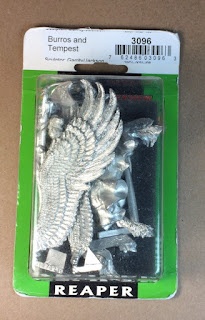 Barros and Tempest, another Reaper kit, by Sandra Garrity, is a model that I have been wanting to paint for some time, and which I think provides the perfect antagonist to challenge the mighty Drake on her mountain perch. 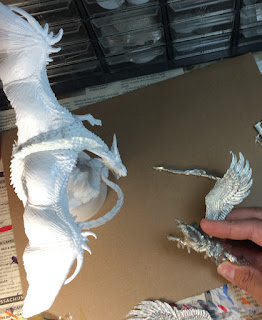 The plan will be to mount Narthrax on an elevated rock outcrop, probably integrating part, or all, of her built-in base. Barros will be mounted near the base of the display, flying up to confront the dragon, lance leveled. This should fit the poses of the two miniatures well, and it has the added benefit of placing the heavier metal figure in the more stable position, near the base. 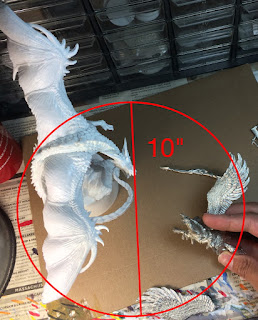 Based on my very rough appraisal of the parts involved, I think the two will work out best on a round base that is somewhere around 9-10 inches in diameter (~24cm). I want enough distance between the two to keep them separate; I don't want it to look like Narthrax is actually eating Barros' lance! 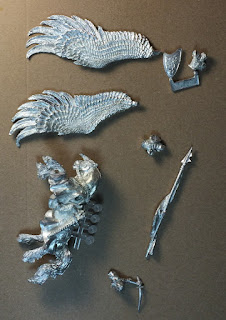 At the moment, all I am doing is preparing the parts for assembly. I will also have to select one of the three alternate torsos that came in the Barros & Tempest set. Right now, I am leaning towards the unhelmeted male torso. I like the idea of a female crusader, but the female torso option has a built-in sword, and would require quite a lot of work to integrate with the lance arm. 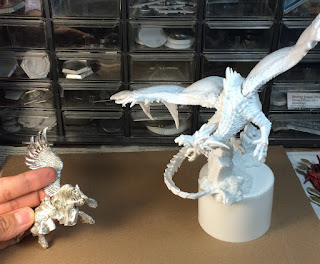 I make no promises about how fast I will progress on this project, but when I have news, I will update things here!
Posted by klarg1 at 8:00 AM